Share a memory
Obituary & Services
Tribute Wall
Read more about the life story of John and share your memory.

John W. Stratton, 87, of Omaha, NE, passed away February 17, 2020, in Omaha.  He was born December 13, 1932 in San Jose, CA to John and Fern (Jepson) Stratton.  John grew up in the San Francisco Bay area where he began his baseball career.  As a teenager, he played in the 1950 Hearst Sandlot Classic in New York City and met Joe Di Maggio.  His baseball career in the minor leagues took him to Ventura, CA; Eau Claire, WI; Evansville, IN; Jacksonville, FL and Cedar Rapids, IA. After retiring from baseball, John had a lifelong career with the JCPenney Company, which eventually brought him to Falls City as the store’s manager.  He shared his love of baseball as a youth coach there, leading the Falls City Elks Midget baseball team in the state tournament.  John’s passion for fishing took him to Wisconsin, Utah, Alaska, Canada, Belize and Christmas Island, to name a few.

In 1949, the “scrappy shortstop” from San Jose, CA, played in the American Legion “Little League World Series” at Omaha’s Municipal Stadium (Rosenblatt Stadium) as a member of the Bill Irwin Post (Oakland, CA) Little League Team.  He was the shortstop in a triple play that helped secure victory in the title game.  It seems fitting that his life led him back to Omaha where he eventually crossed home plate, for the last time. Of all the wonderful experiences John had during his lifetime, his family was always first. As he told his grandkids after their games: “Number (jersey number) on your scorecard, number one in my heart.”

A Mass of Christian Burial will be held on Friday, February 21, 2020 at 10:30 AM at Sts. Peter and Paul Catholic Church, Falls City. Interment will be in Falls City Catholic Cemetery.

A Parish Rosary will be recited on Thursday, 7:00 PM at Dorr and Clark Funeral Home with family receive friends afterwards.

To send flowers to the family or plant a tree in memory of John Stratton, please visit our floral store. 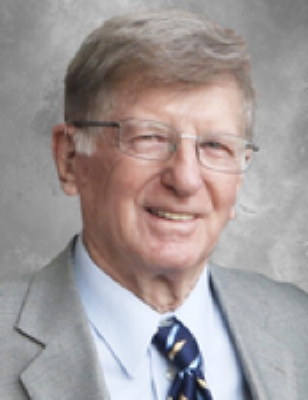